This all started as a hobby around the turn of the century, with Andrew and his father Bob making tiny amounts of Shiraz from the old block for the family to drink. In the early 2000’s Andrew was briefly enticed to make an allocation for the US, but this was stymied by the GFC and his employment obligations. Despite this, from 2008 he persisted in making small amounts of 1891 Ancestor Vine Shiraz each vintage, which was ‘a bit like ripping up $100 bills in the shower’. He invested even further from 2014, making the Upper Tintara Vineyard Shiraz, from millennium plantings on the family vineyard. Today, this vertical line-up of Shiraz, that he has accumulated each year, is a stunning showcase of the quality of the Upper Tintara Vineyard, the precious nature of the 1891 Ancestor Vines and Andrew’s abundant winemaking talents. 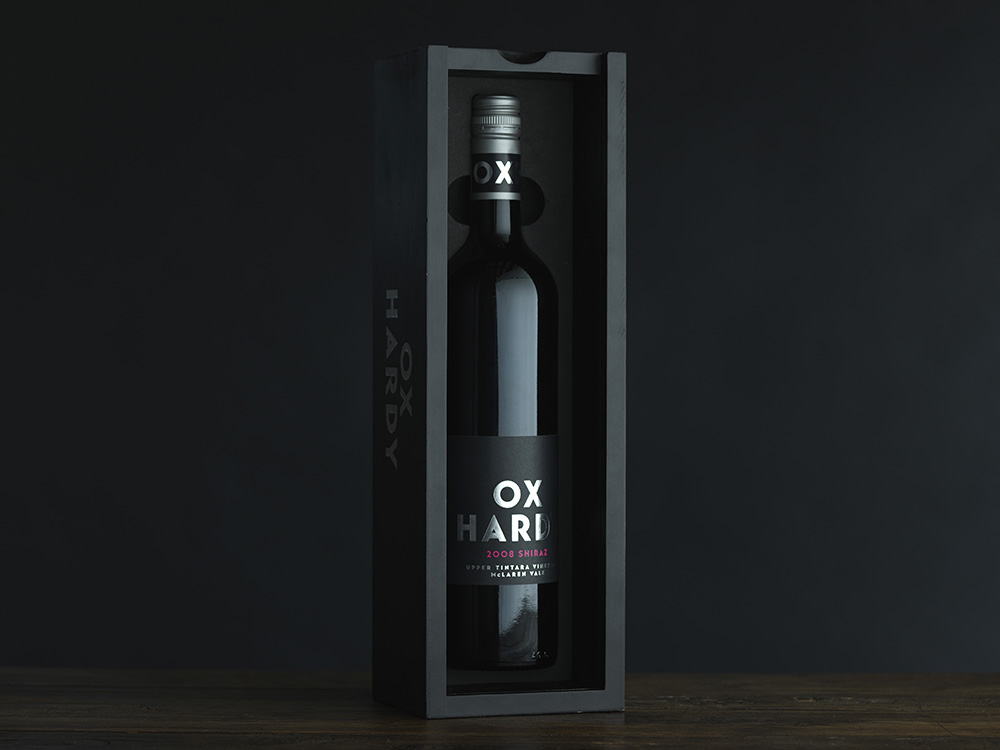 Planted by Thomas Hardy in 1891, the last remaining 2.54 Ha block of Ancestor Vines still produces exceptionally high-quality fruit. Referred to as Bob’s selection after Andrew’s father, cuttings from these grandfather vines have been borrowed by neighbours over time, to plant some of the most celebrated vineyards in the district. Unlike other vines of similar longevity, they still appear youthful and barely half their age to the naked eye. They also produce yields of much younger and healthier vines. Andrew has been making small amounts of hand crafted wine from these vines for over two decades and still has a vertical library stretching back fifteen years. This unique library of Ox Hardy 1891 Ancestor Vine Shiraz is a stunning showcase of the quality of the vineyard, the priceless value of the Ancestor Vines, and Andrew’s abundant winemaking talents.

*Each 1891 Ancestor Vine Shiraz is presented in an individual black 'Ox Hardy' wooden box with an accompanying tasting note booklet. 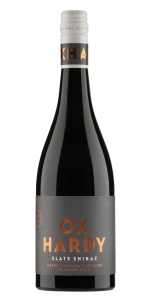 When Thomas Hardy purchased the Upper Tintara Vineyard in McLaren Vale in the late 1870s, it heralded the foundation of one of Australia’s greatest winemaking dynasties.
The original winery, later extended and improved by Hardy, was built by the legendary Dr A.C. Kelly in 1863, the slate mined at nearby Delabole quarry in the Willunga Hills.

These fermenters were last used in the late 1920s before being resurrected by Ox to produce a wine that embodies the rich history of the Hardy family and pays due respect to the founders of Upper Tintara and the legacy they have created.

2.5 tonnes of fruit from the Moreton Bay block of the Upper Tintara vineyard was destemmed, crushed and chilled before being bucketed by hand into an open slate fermenter of the original Tintara winery.

Ably assisted by wild yeast, the lively ferment was hand plunged three times a day over a period of 9 days, after which the wine was pumped out and skins dug out with bucket and shovel.
Skins were basket-pressed to older French oak barriques for 18 months maturation before bottling on January 28th, 2022.

Sourced from millennium plantings on the Hardy family Vineyard, this wine is a contemporary style of McLaren Vale or - more specifically - Blewitt Springs Shiraz. Being more elevated and cooler than the Vale floor gives the wines from the Upper Tintara Vineyard high levels of natural acidity, great freshness, and bright lively colour. The use of second fill French oak barriques for maturation further enhances the primary fruit flavours and allows the characteristics of the vineyard and location to shine through. Made with a minimal intervention winemaking philosophy, this wine is not only a classic example of modern McLaren Vale Shiraz but also a great reflection of the sub-region where it’s grown.

The fruit for the 2020 Grenache was selected from three separate blocks in Blewitt Springs and McLaren Flat - the Natale, DogRidge, and Conté vineyards. These old bush vine blocks are dry grown and yield high-quality fruit that displays structure and complexity. The fruit was handpicked on 10th and 11th March in beautiful Autumn weather and arrived at the winery in outstanding condition. The Natale and Conté parcels had just over 10% whole bunches placed in the bottom of the fermenters, with the balance of the fruit destemmed and crushed on top. The DogRidge parcel was destemmed and crushed. The whole bunch ferments were hand plunged three times per day, and the DogRidge ferment was pumped over twice per day. Sugar dryness was reached after 12 days on skins and the fermenters were emptied and pressed off skins. The two whole bunch ferments were blended, and the wines were pumped into older French oak barriques and hogsheads

This Fiano comes from our Upper Tintara Vineyard in Blewitt Springs, which my great-great-grandfather bought in 1871. My father Bob and I planted these vines in 2011 after deciding that Fiano would be well suited to not only this particular location but to McLaren Vale’s warm, dry climate.

Picked in the early morning of March 2nd and transported to our winery. The grapes were pressed and the juice pumped into a stainless steel tank where it was fermented at cool temperatures for just under a month. At sugar dryness the yeast lees were stirred in tank weekly, increasing mouthfeel and helping balance the natural acid.

The 2021 Ox Hardy Chardonnay is from two mature vineyards in the Adelaide Hills, one just west of the Oakbank racecourse, the other in the shadow of Mt. Torrens.

The fruit was selectively machine picked in late March, the juice then fermented in older French oak barriques and hogsheads, and 20% in stainless steel. Malo-lactic fermentation was induced in both barrel and tank.

The finished wine spent 10 months total in barrel before blending and bottling in early April 2022.